Ava Jones has settled for a life that she’s not sure she wants anymore, but won’t admit it. Her best friend, Erica Davidson talks her into taking a break on the Isle of Wight. Her days on the island are spent thinking things through, and arguing with Morgan whom she hates on principal. Is it so wrong for her to want a life that follows the script of a honest to God romance film?

I’d met Marcus Tripp not long after joining Wilson Insurance. Although I’d never really fancied him, he was persistent. Our friendship had grown, and we’d fallen into a routine that suited both of us. I was happy with the attention, and the sex . . . yeah, it was okay. As time passed, the earth rarely moved when we were intimate; more often than not, it was pretty much over before it began. Still, we stayed together, more out of habit and familiarity than anything else. We did love each other. I just wasn’t sure that it was enough.

In the evenings I spent alone, I would daydream about living the life of a lead in a Hollywood chick flick, but then reality would slap some sense into me. My life was as good as it was going to get. I wasn’t about to be swept off my feet any time soon. Marcus and I were comfortable, and that was enough — for me, at least. I was too scared to ask Marcus what he felt.

We tried for a couple of years to have children, but it never happened. After many serious discussions, we decided to give up on the idea altogether. That was when we bought our first fur baby: a beautiful Collie cross called Rhea. She was our little girl, and we both doted on her. We assuaged our guilt over our mutual neglect by caring for Rhea, devoting our attention to another living being rather than to each other. The puppies, Remus and Romulus, soon joined her, and our “family” was complete.

For as long as I’d known him, Marcus had played Sunday League football, which was followed by an afternoon with his teammates at the very pub I was now approaching. Coupled with training one evening a week, his evenings out gave me more than enough time to spend with Erica or at home with the dogs.

“Have you thought any more about that holiday I mentioned?” Erica asked while we claimed our usual table. Our customary bottle of red wine was already ready and waiting for us.

“I have . . .” My words drifted away when I thought back to her idea of a girlie getaway on the Isle of Wight. Just as its name suggested, the top-class Lakeside Hotel with attached spa was located right next to a beautiful lake. Bliss.

“And?Why the hesitation?” Erica pushed like she always did, her blue eyes flashing once more as she looked into my brown ones.

The idea of a real getaway made the blonde hairs on the back of my neck stand on end, but I tried to rein in my excitement. “I don’t know. It sounds amazing, and Lord knows I could do with some time away.”

I knew I had enough holiday time available at work. Screw it.

I am sure we have all read books where we wished there had been more, well this was one of those books.  I found I was able to connect with each character but it was a short story. What she gave us was just a glimpse of what she is capable of, and already with her novella, I was wanting more from her.  What I found different with this book was it didn’t have the feel of just an enjoyable hour read. The kind you read and forget minutes after reading the last page. This felt like this should be the beginning of a series of books about Ava and Morgan.

The plot was real, we have all faced these issues at one point in life.  We know there is more out there but are we willing to step out of our comfort zone to reach for the gold ring. Sometimes, as in this story, we are faced with that being the only option because giving up isn’t something we can do.  The characters were strong for a novella.  I kept thinking as I was reading, this could have been expanded into an awesome novel.  I don’t say this as a bad thing, I say this as I am looking forward to watching this new author expand and start putting out novels for us.  If this is any indication of what she is capable of, I for one will be watching her career and dedicating a shelf for her books. 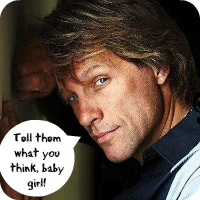 M. B. Feeney is an army brat who finally settled down in Birmingham, UK with her other half, two kids and a dog.  She’s also a student teacher, a doodler and a chocoholic.  Writing has been her one true love ever since she could spell, and publishing is the culmination of her hard work and ambition.

Signing up with Renaissance Romance Publishing to publish her first novella as part of  a compilation in December 2012 was the first step in her writing career that she hopes will span many more works and years.

3 thoughts on “JUST LIKE IN THE MOVIES by M.B. Feeney”