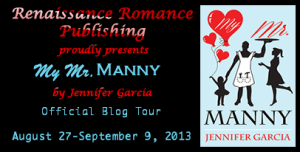 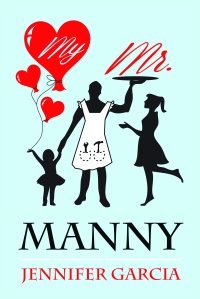 Mia Balducci misses her childhood days and yearns for the big, Italian family that she left behind in small town Massachusetts. At the tender age of sixteen, Mia moves with her bachelor father to Los Angeles, but no matter how many years pass, it never becomes home to her. The years spent living with her father aren’t easy, especially since she can’t stop thinking about what she once had. Her enrollment in the University of Southern California promises to bring exciting changes to her life, but Mia winds up with big problems instead. When she runs into an old friend from her old hometown of Winthrop, she gets swept up in nostalgia, and she soon loses herself in a quickly-progressing romance.

When the fantasy falls apart, she is left to raise her precious little girl, Lucia, on her own.The demands of Mia’s work schedule and Lucia’s needs increase, and their lives become increasingly hectic. It is soon clear to Mia that she needs help. Luckily, her life-saving cousin saves the day and brings the mother and daughter a male nanny – their new “manny.”

After losing his high-pressure job on Wall Street, Dominic Roberts wants to follow his dreams to have a family. He’s already one fiancée down, and there are no likely prospects for another. In order to find the family he so desperately wants, he finds himself getting into the manny business. Since he is fully qualified to provide child care and is eager to leave New York City behind, his sister-in-law is able to land him a job in California working for his first client – the beautiful and intriguing Mia Balducci.

Will Lucia like the new man in her mother’s life? Will Mia? And will this new trio discover the happily ever after they all so desperately seek?

I rolled over to face Dominic and he began to stir. I watched him breathe and took inventory of his precious face. His lashes were thick and short against his cheek. The stubble on his face had thickened a bit more and his lips stuck out in a pout. I pecked them and his eyes opened.

“Good morning, sleeping beauty,” I said as he stretched and yawned. He scratched at his stubble and rubbed his eyes. He was adorable in the morning.

“Mhmmm, it is a good morning,” he said with a sleep-coated voice. He wrapped and tightened his arms around me and then squeezed. “A very good morning.”

I exhaled a deep breath. “No, nothing’s wrong, but … well I really want you to move into my room now. Too soon?” I wasn’t afraid he’d say no, but for some reason I felt strange asking him that. He scoffed. “Did you think I was going to sleep in my room after last night? I had the best night of my life” he said while peppering soft, slow kisses on my face.

“It was my best night, too, baby.” I kissed him one more time and got up. “So, it’s official then. You’re moving in here and we’re a real couple.” I jerked my head in a nod to emphasize my statement. He rolled on top of me, pinning me down on the bed. “I thought it was a given, Mia. You’re stuck with me forever now. I hope you can handle me.” He laughed.

“Mhmmm, I can handle you all right. I just hope you can handle me.” I kissed his lips.

I was asked to be part of the blog tour and give a review for My Mr. Manny.  I have dedicated myself to giving honest reviews so I feel I must tackle the things about this book that I wasn’t fond of first.  Although the story plot was interesting, I just felt like the characters didn’t have time to be fully developed.  I was left with wanting more than what the few pages gave me. There was so much information and events in this story, I didn’t feel like each event had the proper amount of time for me to become emotionally invested in the characters.

Now for the good things, as I said the plot was interesting, wife, husband, child, normal family unit.  Husband works all of the time leaving the mom as a single mom.  One night determine to keep the marriage together she decides to surprise him.  Unfortunately it was her that was in for the shock.  She finds him with another woman.  Now this is what I did love about this book, instead of becoming a victim, she takes a stand and kicks him to the curb.  She moves on with her life and plans a future for her and her daughter.

In comes Mr. Manny, she needs help raising her daughter alone and working full-time.  Since she never limited herself to conventional ways, she hires Dominic to be Mr. Manny.  One thing leads to another and emotions start to grow.  Of course we can’t have a love story without obstacles such as not everyone in the family agrees to this new relationship.

It came down to having to decide what was best for her and her daughter and was Dominic worth fighting for and was he willing to fight for them?  As I stated, this was a good plot and I can only imagine how much more intense this would have been with more pages to fill in the gaps for us.  I was pleasantly surprised to find a strong female lead character who didn’t crumble when she had found out the truth about her husband.  It was refreshing to see her take the control of her life back and vow to make a life for herself and her daughter.  I loved how she was willing to take risks in loving again and not caring about how society viewed it.

I also loved the fact that Dominic was comfortable with himself to become the Mr. Manny, he was a strong male but not afraid to show his paternal nature.  We get so many alpha male stories these days, it was nice to see the role reversal in a the home.  Of course he wanted to work and bring his own money into the family, which only reinforces that the characters were strong and mature and responsible.  You won’t find the usual drama in a love story between young people, but you will find the emotional roller coaster that comes with finding their way in life as a new family.

Jennifer Garcia’s (aka Forbes Arnone) love of travel began when she went to the West Coast to visit her father at the age of three. Her home until she was sixteen was a small coastal town near Boston. She currently resides in Los Angeles with her husband, two sons, and two dogs.

Her lifelong love for reading and writing was put aside for many years while she made her way in the world and nurtured her young family. Even though she is older, and life never seems to settle, she’s finding her way while attending college full-time in pursuit of a B.A. in English Literature. She also runs a business, and is still caring for her family. Believing she can do it all, with the help of her family, she worked on her first novel during the late hours of the night while balancing the rest of her life during the day. Her hard work paid off, as her first novel, My Mr. Manny, will be published August 2013.

2 thoughts on “MY MR. MANNY by Jennifer Garcia”